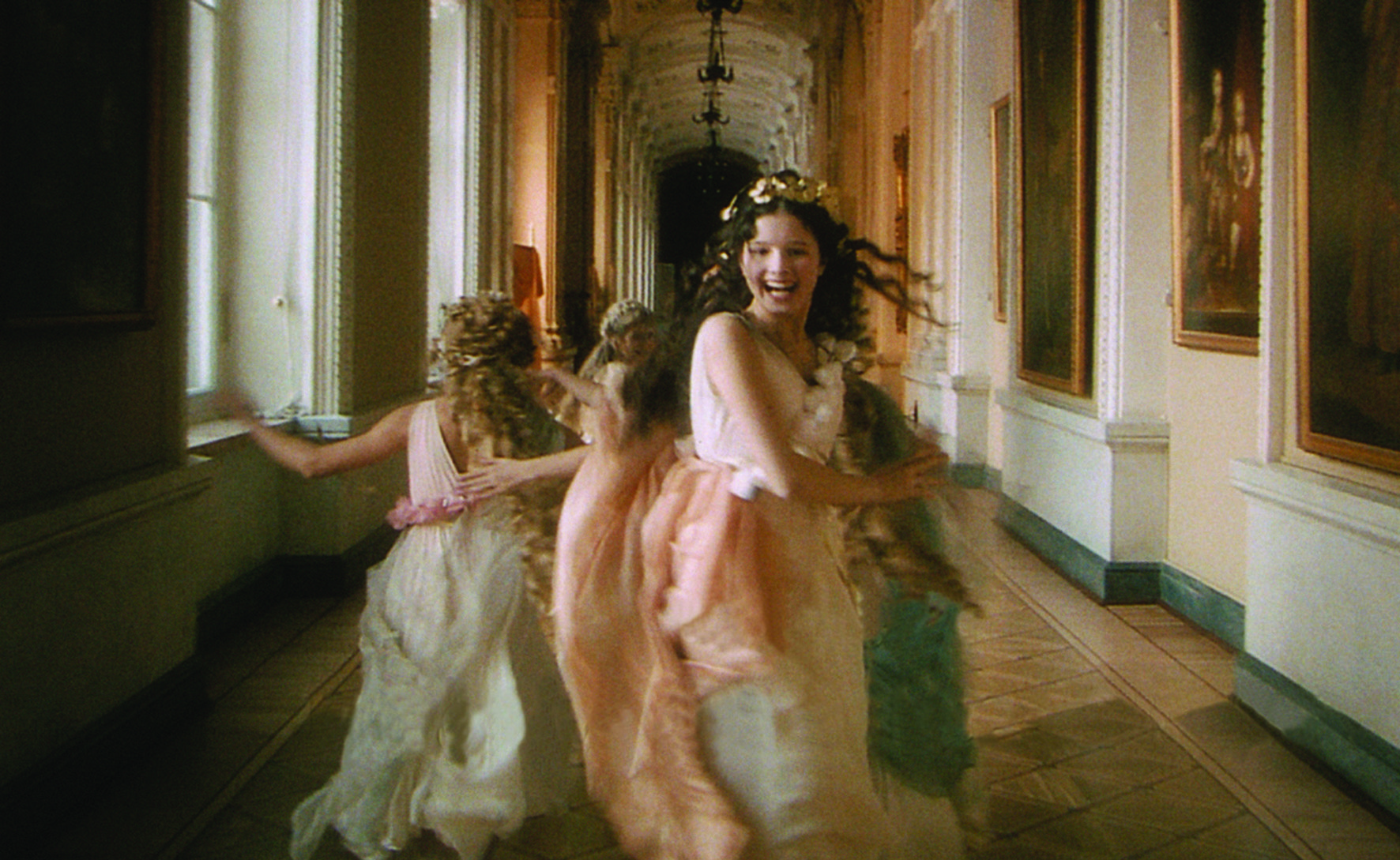 In the dreamlike journey, an unseen modern filmmaker (voiced by Sokurov) is joined by a somewhat scornful French diplomat, the Marquis de Custine (Sergey Dreiden). As Sokurov’s camera glides through 33 rooms of the Hermitage, moving in and out of cathedral-like galleries, opulent ballrooms and shadowy corridors and workrooms, three centuries of Russian history and European art are compressed into one single 96 minute shot.

An extraordinary film, one that, like the museum itself, captures and shows three centuries of Russian culture and history in all its beauty, confusion, terror and majesty.

Russian and other languages, English subtitles